Some of you may have noticed that we have a coffee from Ecoagricola already, which is natural processed and 100% Yellow Catucai. This time around, we picked up a bit […]

END_OF_DOCUMENT_TOKEN_TO_BE_REPLACED

Some of you may have noticed that we have a coffee from Ecoagricola already, which is natural processed and 100% Yellow Catucai.

This time around, we picked up a bit of their Cup of Excellence awarded coffee. It’s the same variety but processed using the Pulped—Natural method instead of Natural.

Pulped—Natural coffees typically have a soft acidity as well as more clarity in the cup compared to it’s Natural processed counterpart.

A quick look at the specs

The Serra do Cabral is part of the Cerrado biome, with its own particular characteristics, micro-climate and a unique terroir. They are the only farmers currently producing in this somewhat untouched region. 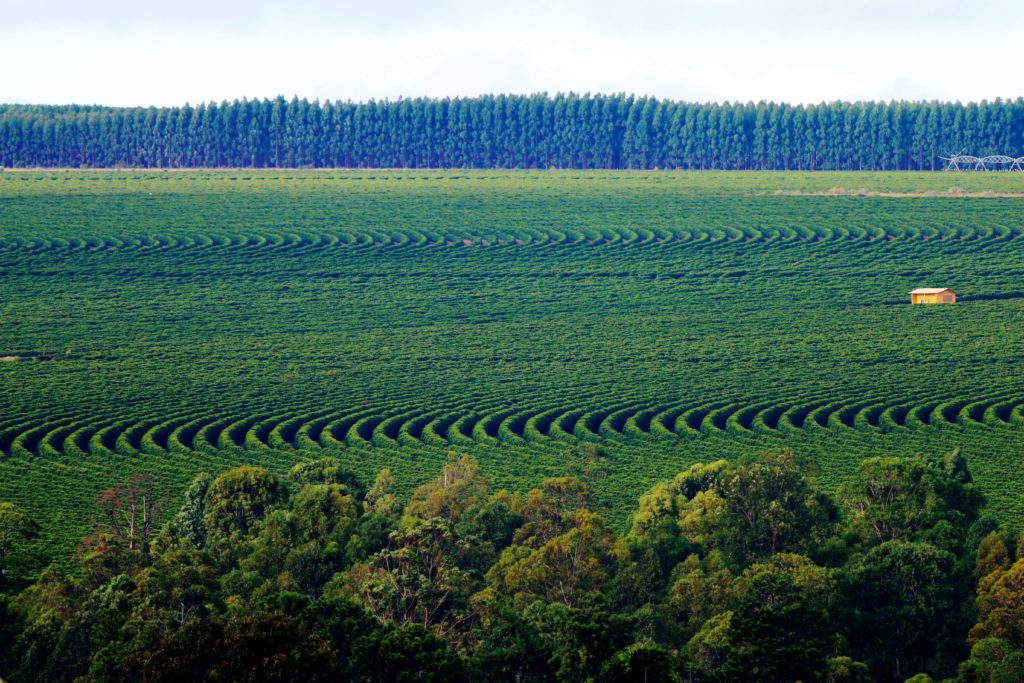 The Circular layout of the crops

After taking the terrain- type and water availability into consideration, the brothers decided that pivot irrigation was the way forward. Pivot irrigation (known variously as ‘waterwheel’ or ‘circle’ irrigation) is a method of crop irrigation where the equipment rotates around a central pivot and crops are watered with sprinklers. The sprinklers will irrigate a circular area around the pivot point, often creating a circular pattern in crops when viewed from above, and of course- it’s strangely reminiscent of crop circles. Center pivot irrigation typically uses less water compared to many surface irrigation and furrow irrigation techniques.

Over 10 years, the brothers have installed five pivots, all of which use LEPA (Low Energy Precision Application) technology. LEPA ensures that the plant canopy remains dry and water is applied directly to the furrow — typically every other furrow. Delivering water directly to every other furrow requires some special management and tillage practices, but also is one of the most resource sparing means of irrigation. The Flanzers have also installed weather stations and monitoring systems that assist with determining application times etc. Two years ago they began using the “precision agriculture system”, which measures the different needs of every individual hectare. With the aid of GPS monitoring, they are able to ensure that each plant receives only the nutrients and water it needs, nothing more, nothing less. This is really great setup, especially when different varieties are grown on different lots. 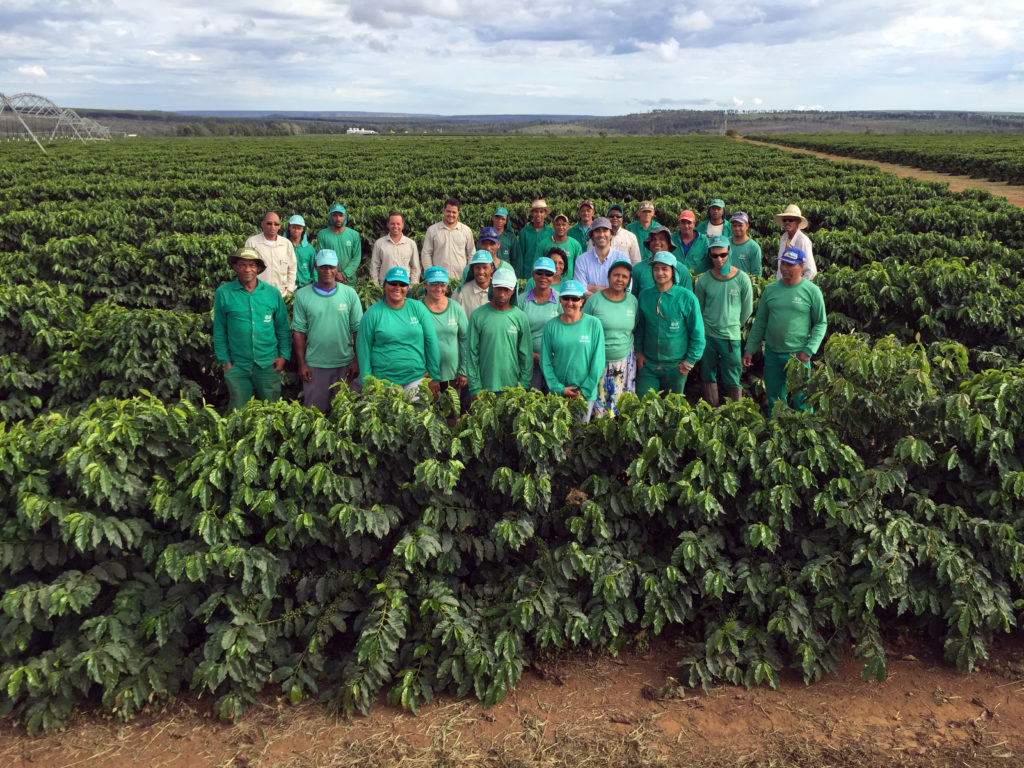 Coffee-craving beetles and the sweet smell of pheromones.

The Coffee berry borer (Hypothenemus hampei) is among the most harmful pests to coffee crops around the world.

Scientists from the Berkeley Lab, the USDA and Mexico’s El Colegio de la Frontera Sur (ECOSUR) have been researching the caffeine detoxification capabilities of the beetles, finding 14 bacteria in the beetles’ digestive tract that help it survive what would otherwise be highly toxic amounts of caffeine to other creatures.

The Flanzer brothers have revolutionized Coffee Berry Borer control by working with a local university to develop a pheromone extract that’s a powerful attractant for these caffeinated critters.

How they do it- Diluted pheromone extract in a 2 liter bottle without the lid, strapped around every 5 trees.

They’ve found it to be incredibly effective.

These are some of the best Brazilian coffees I’ve tasted over the last few years.

Cup of Excellence coffees are grown, harvested and processed with the highest level of attention to detail, and it certainly reflects in the cup.

In the cup, expect Golden syrup, green apple and hazelnut with a silky mouthfeel and soft grape-like acidity.