An Introduction First off- lets clear up some confusion around the name. In Italy it’s known as a caffettiera a stantuffo. In New Zealand, Australia, and South Africa it’s known as a ‘Coffee plunger’. In UK ,Netherlands […]

END_OF_DOCUMENT_TOKEN_TO_BE_REPLACED

First off- lets clear up some confusion around the name. In Italy it’s known as a caffettiera a stantuffo. In New Zealand, Australia, and South Africa it’s known as a ‘Coffee plunger’. In UK ,Netherlands and France the name is ‘Cafetière’. In the United States and Canada, it is known as a ‘French press’ or ‘Coffee press’.

The coffee press was patented by Milanese designer Attilio Calimani in 1929. It underwent several design modifications through Faliero Bondanini, who patented his own version in 1958 and began manufacturing it in a French clarinet factory called Martin SA under the brand name “Melior”. The device was further popularized across Europe by a British company by the name of Household Articles Ltd. and the Danish tableware and kitchenware company Bodum. (source: Wikipedia) 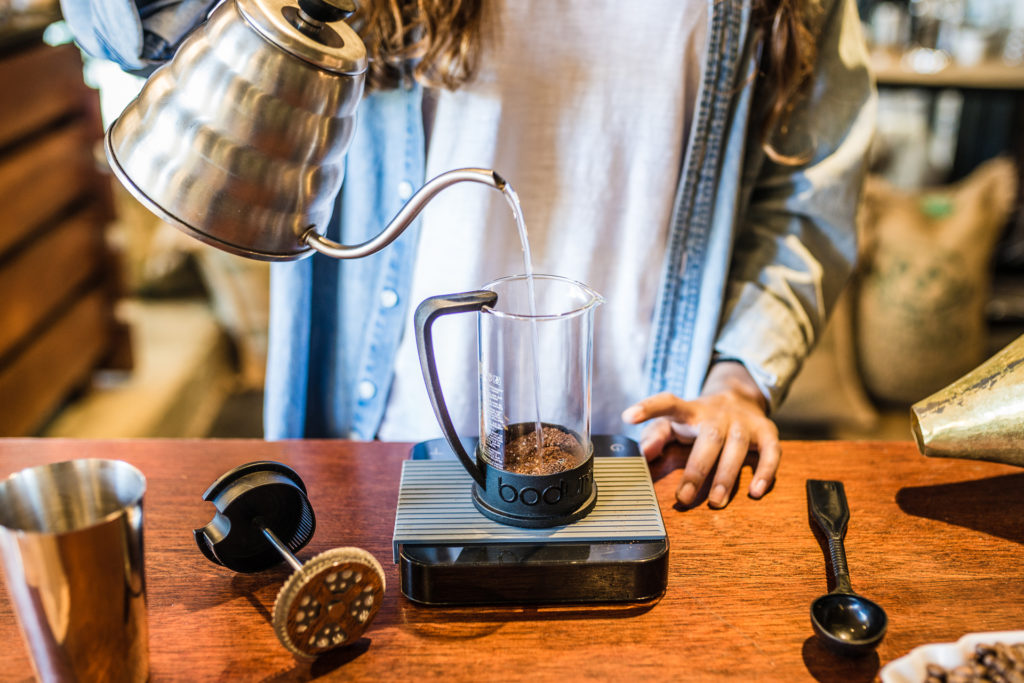 Plungers use total immersion as the brewing dynamic. All of the coffee is extracting at the same time in all of the water simply by being submerged in it.

Plungers should be brewed using course ground coffee with a total extraction time of around 4- 5 minutes. Don’t stress too much if you’ve forgotten to plunge and pour. Even if a plunger heads up to 10 minutes into the extraction, it can still be drinkable. Extraction seems to slow down dramatically quite early on in Plunger brewing.

There is no force involved whatsoever in the brewing process. Pushing the plunger down when the brewing time has elapsed will increase agitation to the coffee grounds but it is definitely not adding pressure to brew. Agitation to the coffee grounds will increase the extraction rate- and may be used positively in the extraction process unless it’s unintentional, then it’s not.

When starting a brew I recommend combining the coffee and water in the brewing chamber then adding the plunging piece on top and pushing it down about half-way. About 2 minutes into the extraction lift it up gently, but not completely off- you should see the layer of coffee grounds that collected under the mesh pull apart ( this is agitation- you are now increasing the extraction rate and optimizing the extraction at the same time), then push it down to the half way mark again gently and wait for another 2-3 minutes before plunging and pouring. 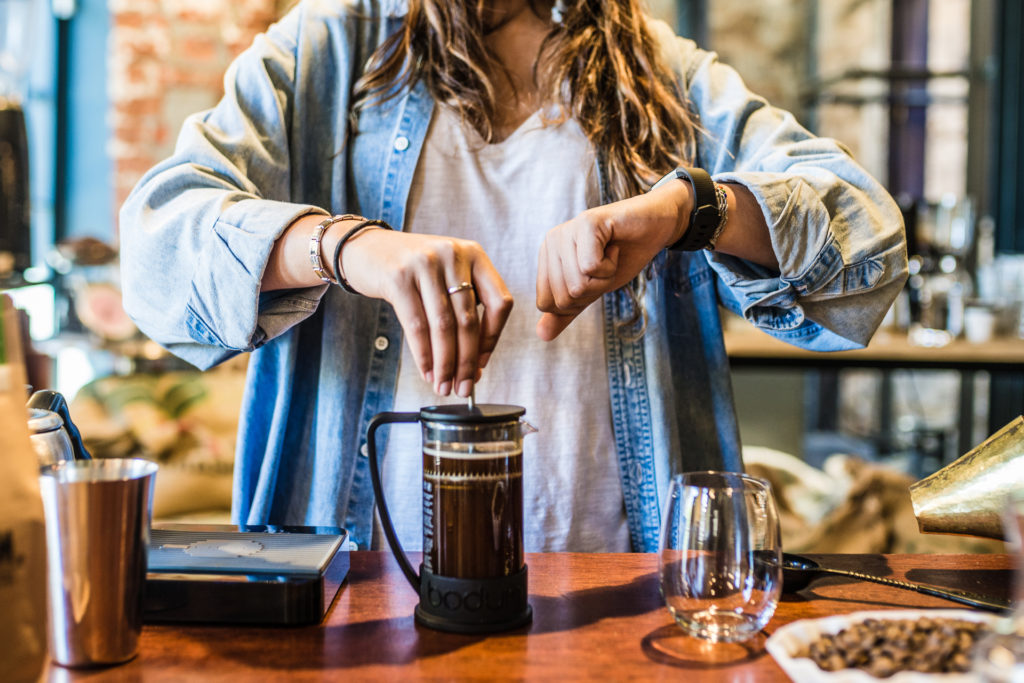 Side Note: Acidity profile is also largely governed by coffee grind size ( and particle size distribution- which is grinder dependent) as well as water temperature. Water chemistry will have a part to play as well.

I still enjoy Plunger extractions from time to time. High quality, immaculately processed coffees tend to be delicious. Cup of Excellence awarded coffees’ clarity levels seem to be very high in plunger extractions even if you have a fair amount of sediment in the cup, which shows us that coffee processing has a great impact on the textural quality of a brew.

Want more body, aroma and mouthfeel? You know what to do.