Gititu means, itself, ‘big forest’ in Kikuyu, one of the native languages of the region. Although- These days, there is not a great deal of dense  forested areas in this […]

END_OF_DOCUMENT_TOKEN_TO_BE_REPLACED

Gititu means, itself, ‘big forest’ in Kikuyu, one of the native languages of the region. Although- These days, there is not a great deal of dense  forested areas in this part of Kenya.

Gititu FCS is one of the oldest cooperatives in Kiambu, being founded in the 1970s. Today, the cooperative operates 8 washing stations within Kiambu. The total active membership is around 5,200 small holder farmers, but only a portion (around 500) of these deliver to the Gititu Factory, which processes around 2,500 metric tonnes of coffee annually.

A look at the specs- 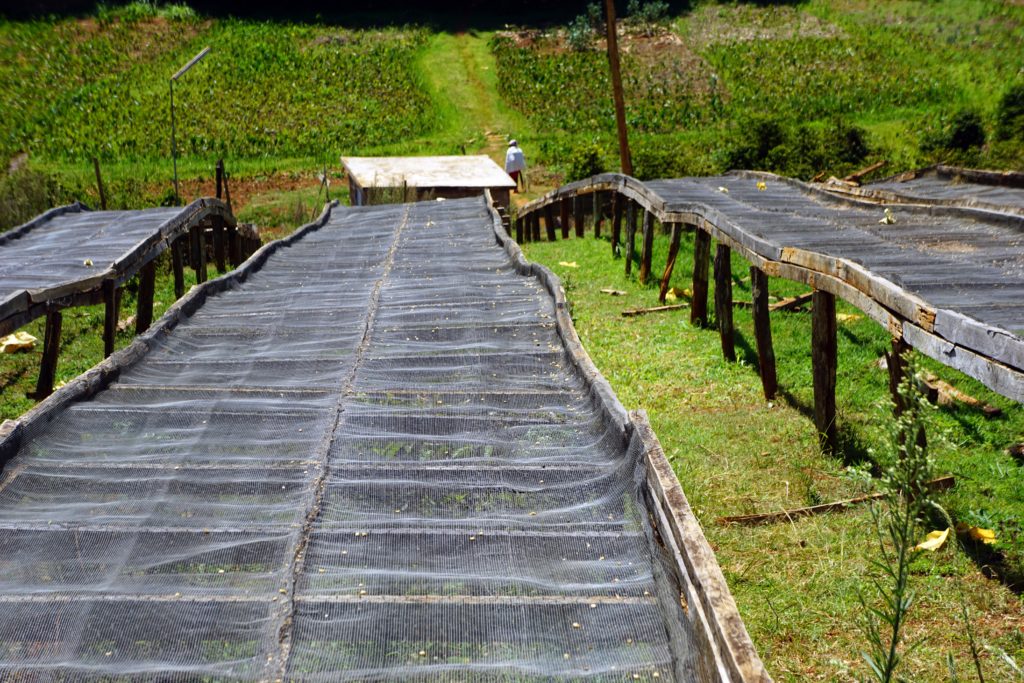 A note on varieties in Kenya

Coffee production in Kenya has dropped since the 1980s. The condition has been worsened by climate change. The biggest challenge is the changing dynamics of coffee pests and diseases. Variety improvement through breeding is believed to be one of the most sustainable ways of reducing production costs and mitigating climate change and its multitude of effects. Over the years, considerable success has been made in Arabica coffee breeding to improve yields, quality and resistance. Kenya produces mainly Arabica from five varieties. These include three traditional varieties namely SL28, SL34 and K7, all of which are also susceptible to the major coffee diseases, and two improved varieties namely Ruiru 11 and Batian. Owing to the current production challenges and the rising demand of Kenyan coffee in the world market, improved Arabica varieties are largely replacing traditional varieties on a large scale in Kenya.

A note on the auction system in Kenya

Most of Kenya’s farmers currently have yet to establish a direct link to the international market, though this situation is gradually changing. The auction system, meanwhile, continues to dominate and is still how 85-95 percent of Kenya’s coffee is sold.

The auction platform in Kenya is considered to be the most transparent pricing system for green coffees anywhere in the coffee industry and certainly helped form the model for the Cup of Excellence auctions.

The auction is held every Tuesday during the harvest season at the Nairobi Coffee Exchange which has been operating since 1933. The Sample Room at the Nairobi coffee exchange houses literally hundreds of Kenyan Coffee samples, which are then offered at auction every week.  All auctions are aligned with the early and late coffee crops.
The country’s location relative to the equator allows for two harvests per year, March- July and September to December.

In the cup expect browned butter, stewed fruit and hibiscus with a creamy mouthfeel and tangy acidity. There’s a definite umami character to this cup, which will make you go back for more.